Our story is truly a miracle in itself. It began when we met in college. Gary had come to America as an exchange student for his senior year of high school. After high school, he decided to stay in America to attend college. He was blessed to meet a teacher at his school who cared enough to befriend him and eventually find a place for him to live while he attended college. She has become like a second mother to us both and her family has become our family. To make a long story a little shorter, Gary and I met through a mutual friend who introduced us. It took a year for us to begin dating, which was great since our relationship grew through our friendship. Our friendship led to a dating relationship and then eventually marriage.

We were as different as we could be. I was from a small town where everyone knows everybody and I was raised in a Christian home. Gary grew up in the big city of Hong Kong and was not raised as a Christian. But, what drew us together was our ability to communicate and the fact that his host mom was giving enough to share the love of Christ with him which led him to accept Christ as his Savior.

After one year of marriage, we moved to a new state away from any family and decided to start trying to have children. Little did we know that 6 years later, we would still be yearning to extend our family. Through our journey, we have faced many ups and downs because of our infertility. But, we have had a super support system through our faith in God, our families, and wonderful friends who God allowed to be in our life.

I would say that the theme of our life would be a verse from the Bible. Jeremiah 29:11"For I know the plans I have for you," declares the Lord, "plans to prosper you and not to harm you, plans to give you a hope and a future."

We don't know what is ahead for us, but we know that God has brought us together for a purpose greater than we can imagine. We also have learned through our journey (and constantly must remind ourselves) that God does hold our future and whatever magnificent dreams we may have planned for our lives, He has one even greater for us already laid out. We just have to trust Him enough to let Him have control and faith enough to follow on that path instead of try to control our own path. 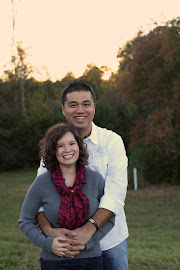